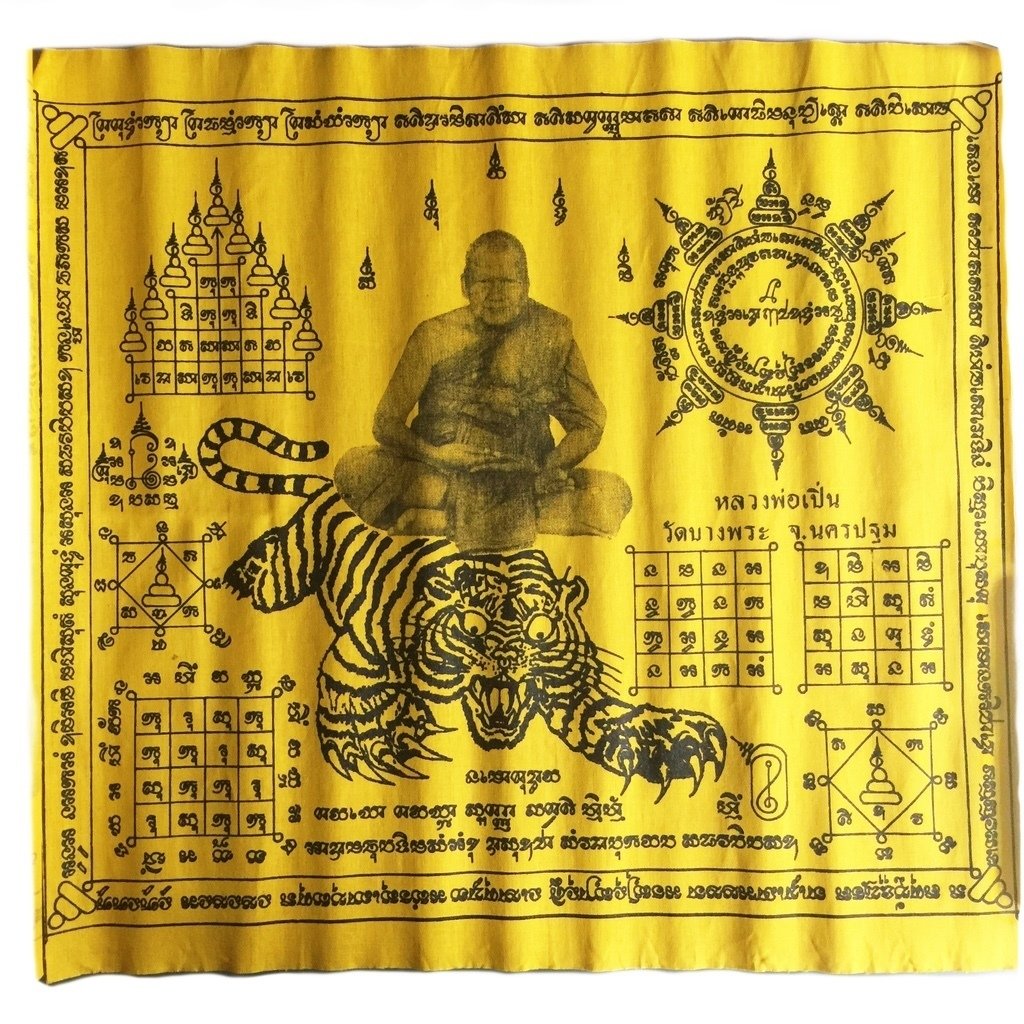 Luang Por Pern (2466-2545 BE / 1923-2002 CE) was the abbot of Wat Bang Phra (Temple of the Riverbank Buddha) in Nakhon Pathom Province, Thailand. During his life as a ordained Buddhist monk, Luang Por Pern was actively involved in the revival of the ancient Thai tattoo tradition known as sak yant. Consequently, the distinctive yantra designs of Luang Por Pern's lineage have been tattooed on tens of thousands of faithful devotees. This number will keep growing, because the monks of Wat Bang Phra today still practice the sak yant tradition of their guru master. Hence, today Wat Bang Phra Temple is considered the world's best place to visit for authentic Thai Buddhist yantra tattoos. 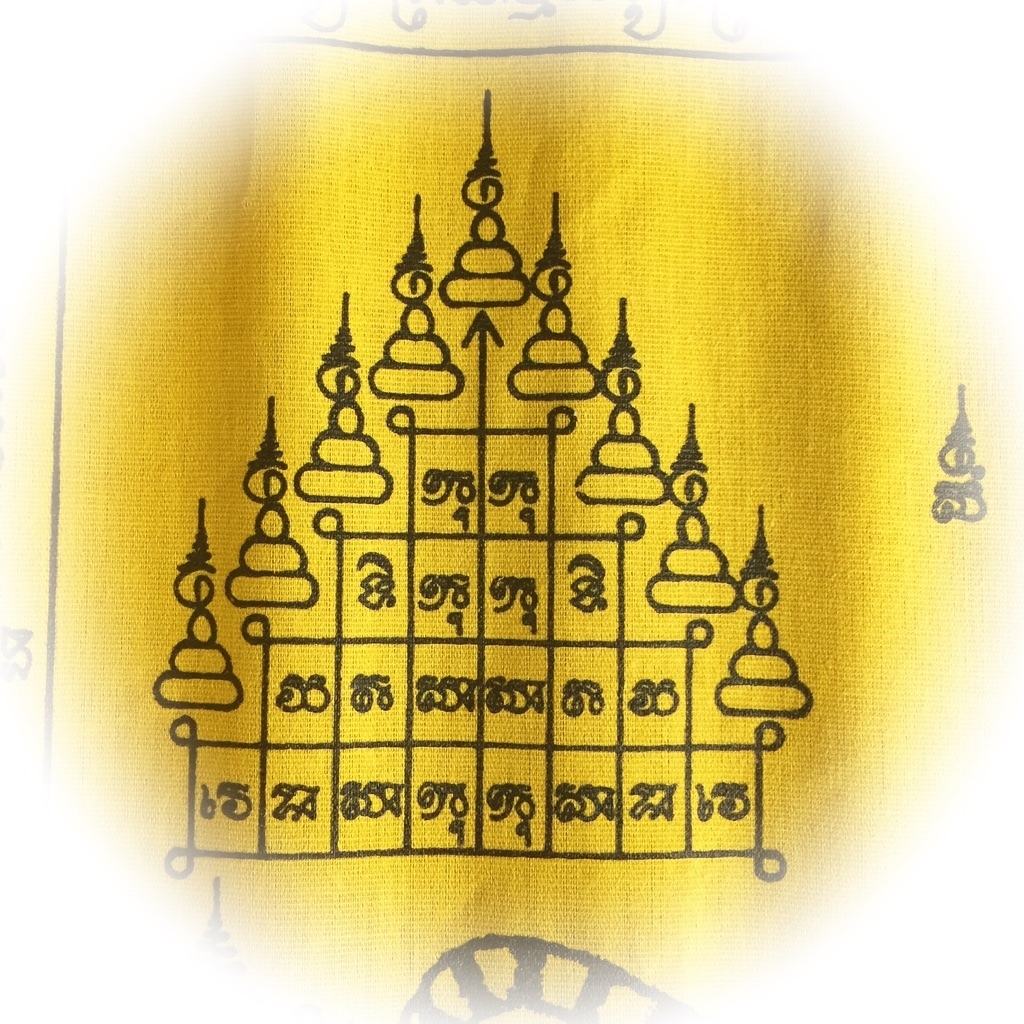 The pha yant amulet is made from a piece of cloth. It features an image of the charismatic monk sitting on the back of a leaping tiger. Also, the cloth has various sacred geometric designs on it, such as Yant Gao Yord (yạnt̒ kêā yxd: nine peaks of Mount Meru, also representing nine Buddhas), Yant Paed Tidt (yạnt̒ pæd thiṣ̄: cardinal and inter-cardinal directions), and Yant Ha Jai Suea (yạnt̒ s̄eụ̄x hạwcı: heart mantra of the tiger). This amulet, therefore, can be used – through the magical power of the yantras – to induce the blessings of the Triple Gem (i.e., Buddha, Dharma, Sangha), to offer protection from every direction, as well as to increase one's vigor, stamina, and charisma. 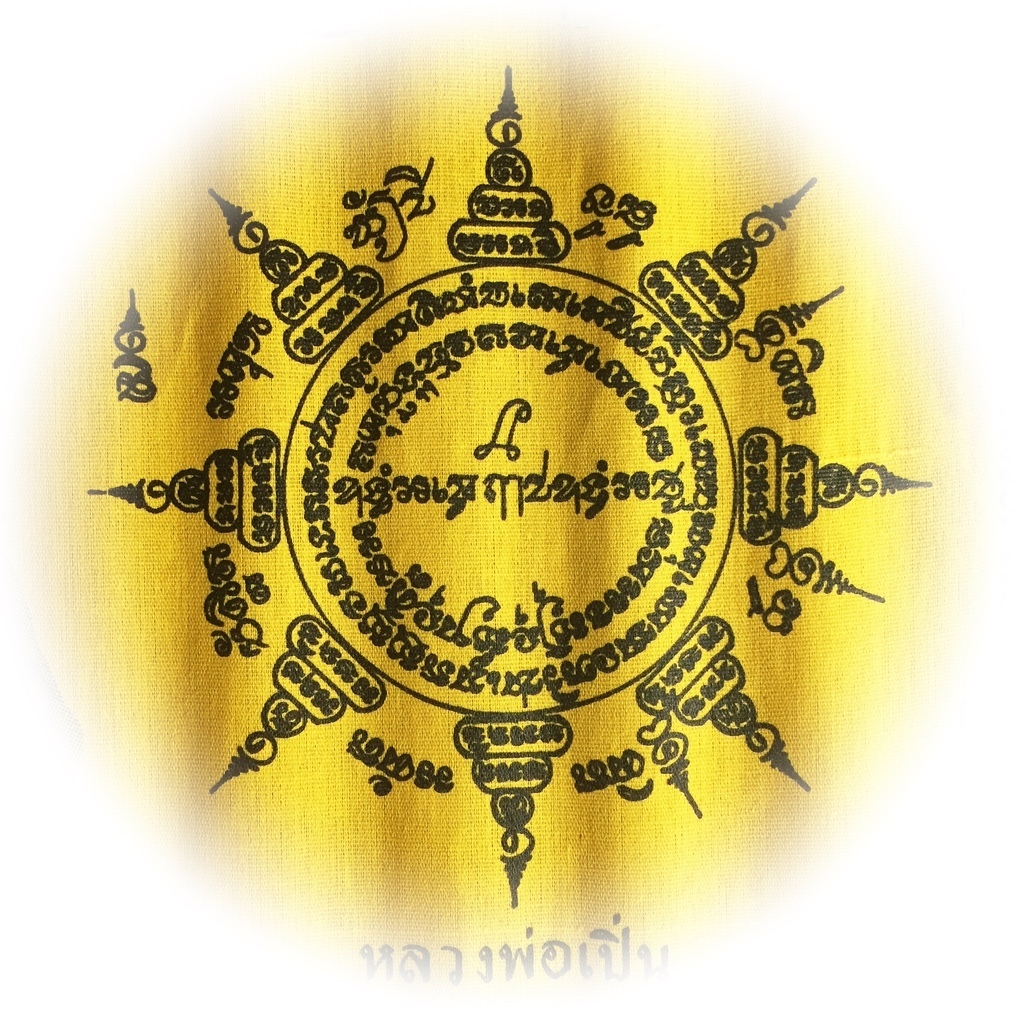 Mantra for the Pha Yant amulet of Luang Por Pern 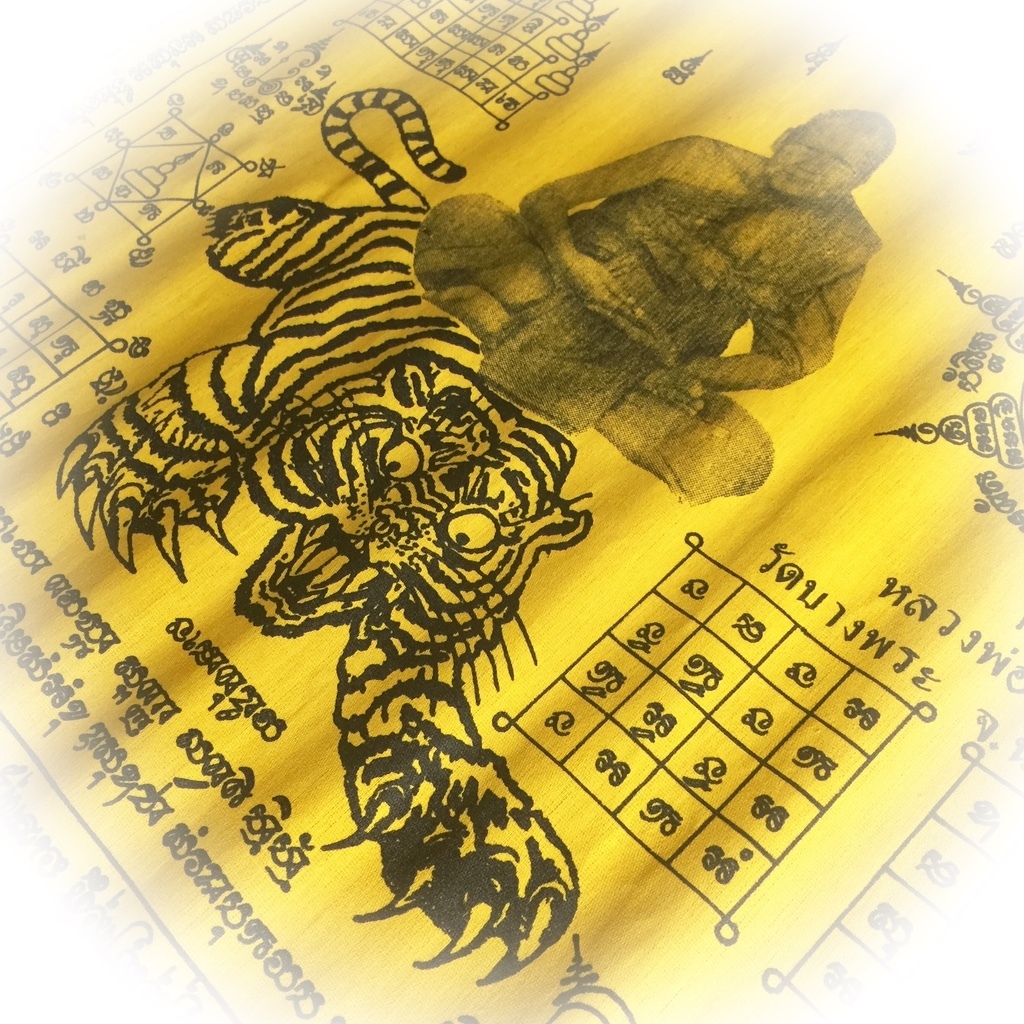