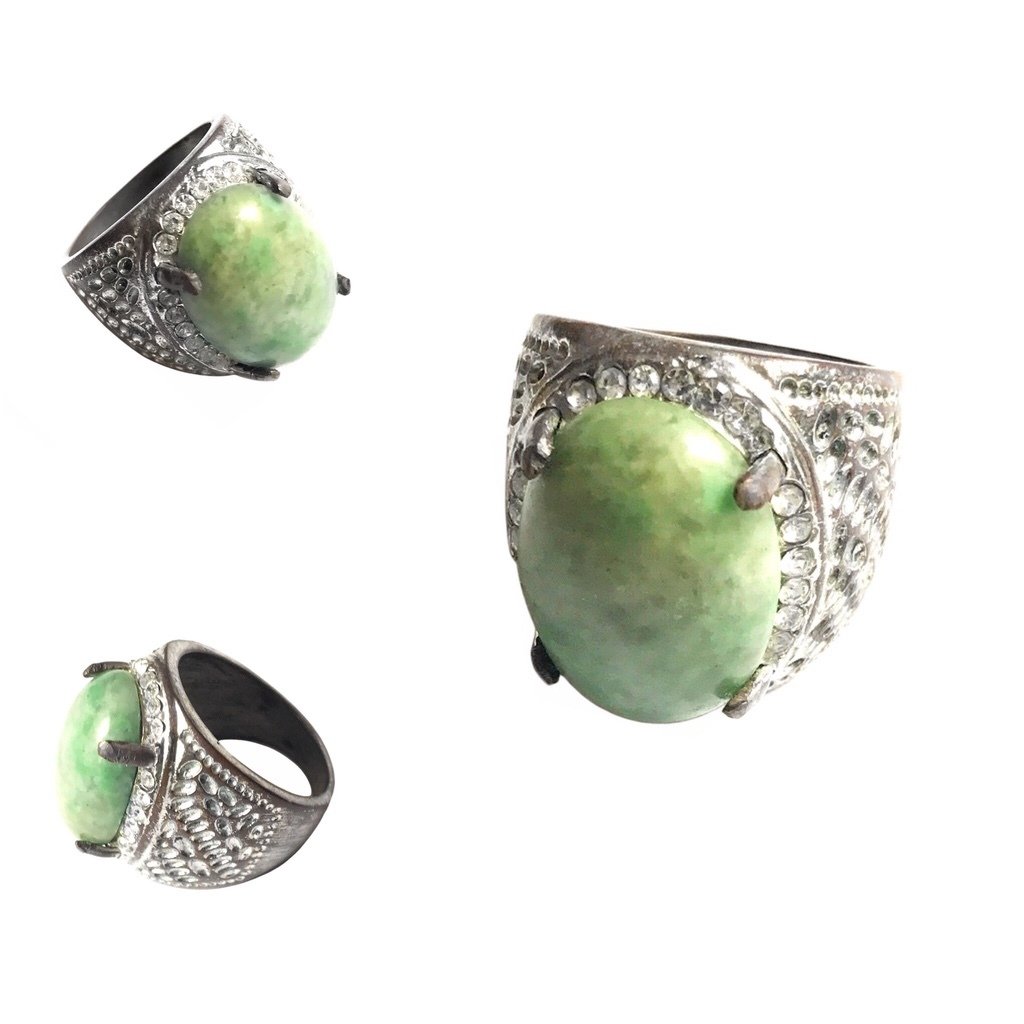 Nephrite is one of the two minerals (the other being jadeite) which real jade consists of. Nephrite is the darker, denser but softer composite of the two. This explains why the beautiful green gemstone embedded in the ring is opaque in appearance. In order to enhance the contrast in colors, the amulet ring is studded with twenty-four small zircon gems. The stones have been sourced in the autonomous region of Aceh in Northwest Indonesia, where a local Islamic master performed a sacred blessing rite on the talisman.

Owing to the potent Arabic incantations that were used during the consecration, this Indonesian nephrite stone is rich in magical power. The Muslim spells have a soothing effect on the wearer's heart, meaning that not only his or her health will improve but also emotional wellbeing. Indeed, with this talismanic ring you can expect people of the other sex to show you more love and affection. Another benefit of wearing this magnificent gem is that it will make one feel more confident, which might be a real advantage in regard to games of chance.