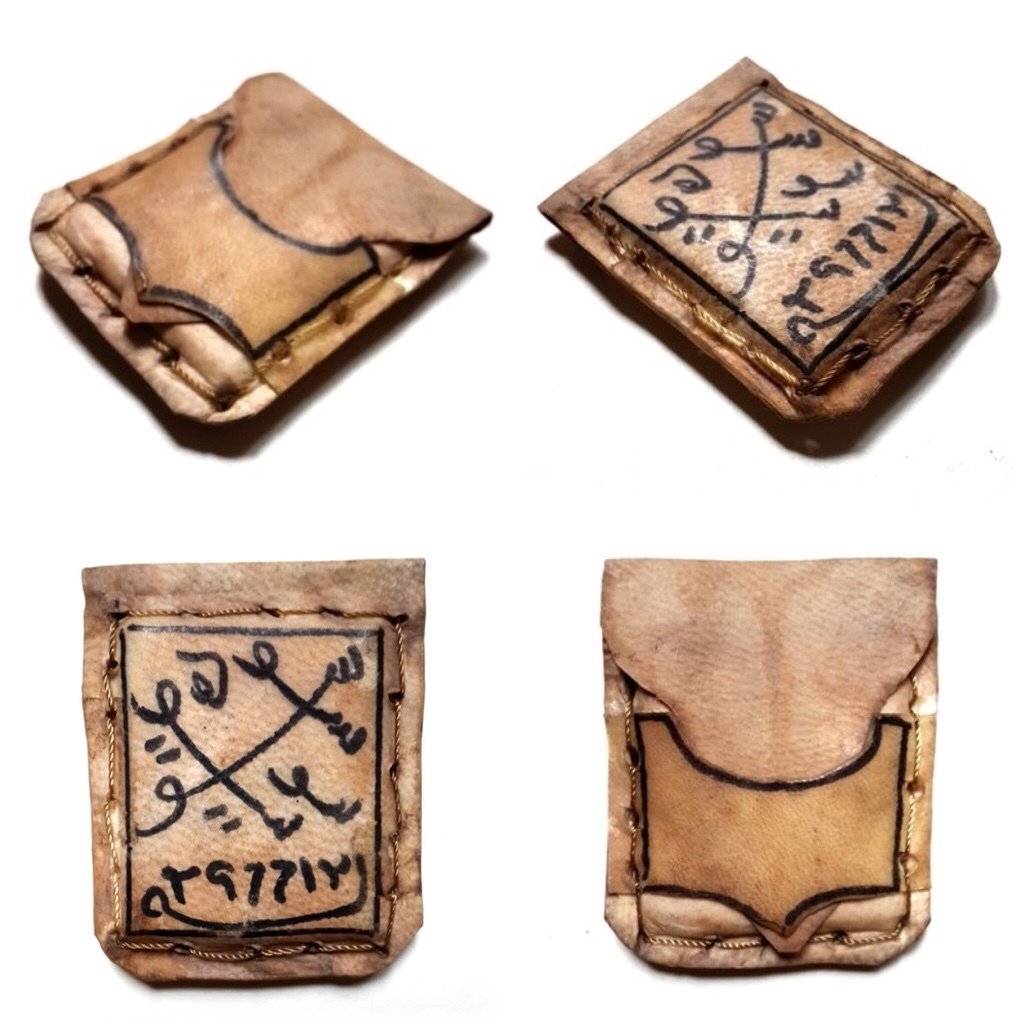 The Javanese occult amulet is made from genuine Javan deerskin. In Javanese ritual magic and other Indonesian occult practices, deerskin is considered the material of choice for mystical objects. The dukun uses a special combination of ink and mystical oils to draw magical spells upon the parchment. For this amulet, then, the dukun used a specific set of incantations to summon spirits, particularly the jinn. In addition, various sacred elements are inserted to the deerskin amulet, thereby increasing its magical power. 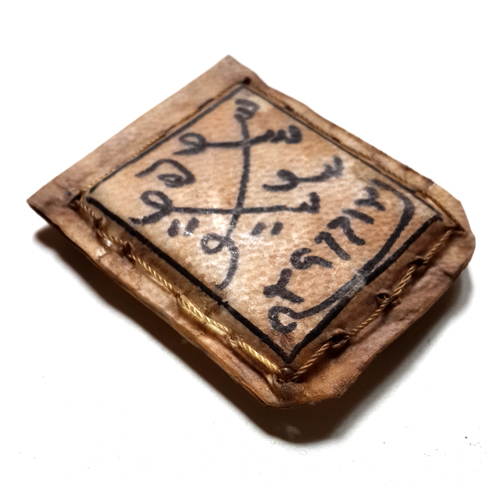 Thus, a Solomonic ritual is performed to evoke the jinn into the deerskin amulet, making it a powerful spirit vessel. This means that the Javanese occult amulet can be used for the ritual act of calling forth spirits, for indeed, King Solomon (or Prophet Sulaymān) is believed to have been blessed with a vast army of jinn working under his command. And so, in the same way, this Indonesian Islamic occult amulet can be used to conjure the jinn by the supernatural power of King Solomon. Using the Solomonic amulet allows one to call upon the jinn for help in times of need. The jinn can provide guidance and assistance in regard to both worldly and spiritual matters. 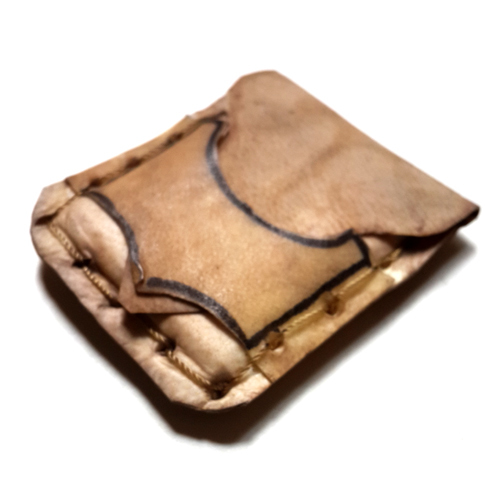 Hence, the jinn offer the worshipper protection from malevolent ghosts and demons, black magicians and evil sorcerers, as well as any threat from bad people in general. But perhaps a more popular purpose for which the jinn are summoned is to help the owner of a magical item like this to become rich fast. Yet another common use of this type of amulet is to request blessings of love and romance; considering the thousand and one women King Solomon had, Solomonic magic is therefore considered extremely effective for improvement of one's love life by means of a romantic relationship, marriage, and/or even the realization of sexual fantasies. 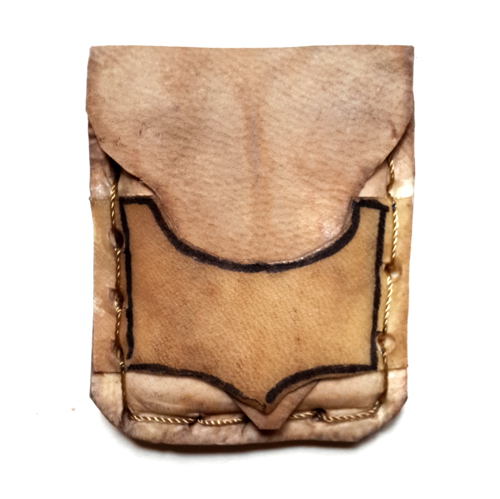 However, due to the effective spirit binding spells, the jinn cannot escape from the amulet without the magician's permission. Also, it should be noted that the sealed deerskin should not be opened, as this will set the spirit free, causing the amulet to lose its power. Therefore it is advised to use the power and effects of this occult item with caution and discretion. 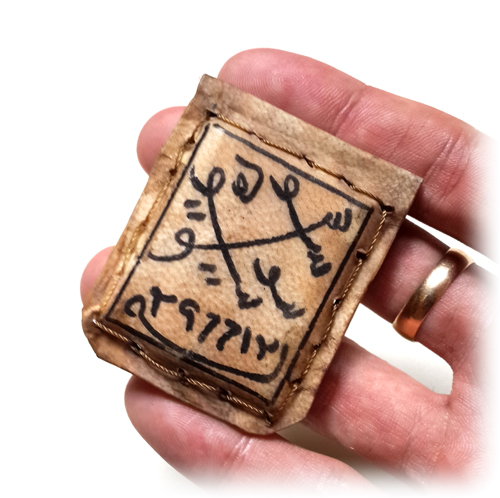