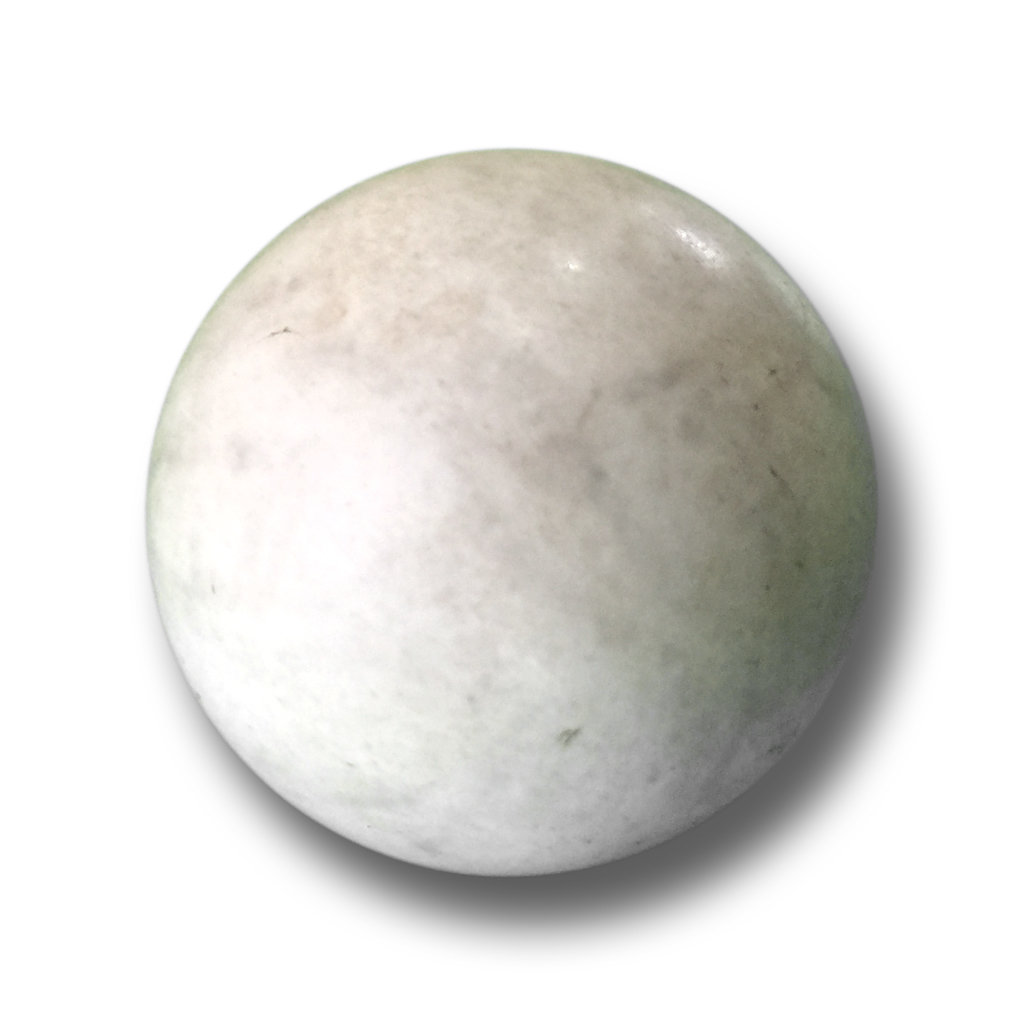 This natural giant mustika pearl was found in a limestone cave in the Bojonegoro Regency in East Java, Indonesia. According to the Javanese and Balinese, mustikas of this kind are the physical manifestation of certain metaphysical energies. This means that the pearls are believed to be formed by the supernatural powers of mountain and cave spirits known as 'kajiman', thereby creating for themselves a physical body in this world. In doing so, the spirit can prolong its life here on earth in order to be able to continue its spiritual practice and to enhance its psychic abilities.

Hence these mystical stones are considered to be sacred objects, commonly used by mystics and occultists in various acts of ritual worship, spiritual practice, and traditional healing. The spherical shape of cave pearls generally tends to be smaller than one centimeter in diameter. However, this particular giant mustika has grown as big as 2.9 cm wide. Considering the rarity of such precious stones in general, it is one of the most sought-after items in Indonesian magic.

Several mystical properties are attributed to the mustika cave pearl, such as the ability to repel evil energies (e.g. black magic spells, curses, ghosts) and help the owner to avoid danger and disaster (e.g. accidents, misfortune). Also, cave pearls have powerful healing properties, which can be utilized to improve the owner's physical health as well as his or her spiritual well-being. For instance, holding the mustika in one's hand during meditation is said to enhance one's concentration and mindfulness. Furthermore, it is possible to use the pearl's magical qualities to treat physical ailments related to rheumatism, arthritis, gout, etc.